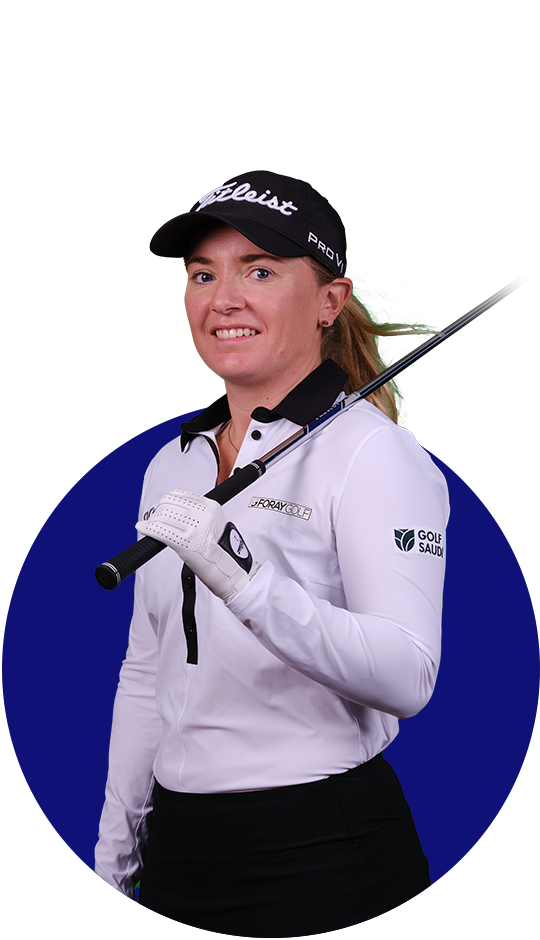 36 teams of 4, battling it out over two days at Centurion Club to become the third Aramco Team Series London champions. Using a unique scoring system, and allowing an amateur to contribute to the final result of a professional tour event with a total prize fund of $1m, the Aramco Team Series, continues to bring a new level of excitement and entertainment to the Ladies European Tour.

As well as the team event, there is a three-day individual strokeplay competition contested between the 108-player field. Coming to a conclusion on the final day after the team event is finalised and the field cut to 60 and ties, the individual competition offers points for the Race to Costa Del Sol and Rolex World Rankings.

Moving around a month later in the year and becoming Round Three of the series, London and Centurion keeps its place as the only original event in 2023.

After the team’s amateur, Mia Baker, booked their place in the play-off, Team Garcia took the title over Team Vikstrom thanks to Captain Nicole Garcia much to the delight of her teammates, Kelly Whaley and Madelene Stavnar.

Bronte Law ensured the individual competition finished with fireworks! Trailing by 1 to fellow English star, Georgia Hall, playing the final hole, Bronte went on to make a 55-foot eagle putt to claim victory at 9 under par.

More details
About the event

MUCH MORE THAN A GOLF TOURNAMENT